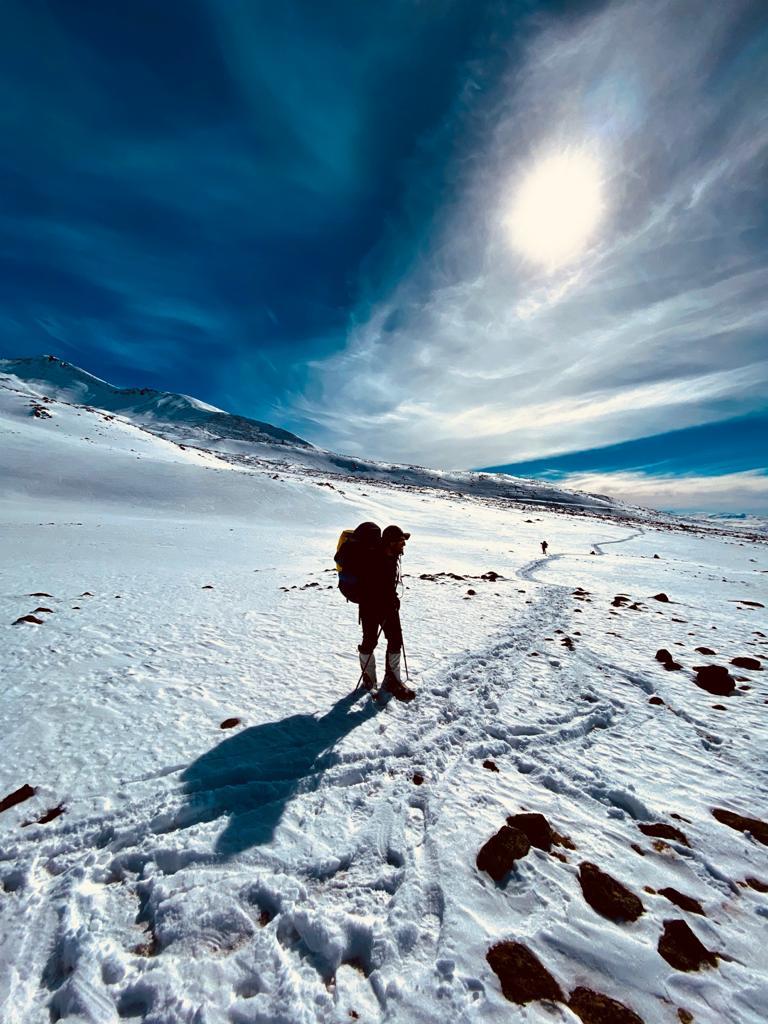 The story of Ararat – Winter Expedition

By Uta IbrahimiMarch 5, 2021No Comments

I had my first expedition in Ararat in August. The great energy I claimed and the amazing people I met there from the last time, left me with a sweet nostalgia which soon enough found me back at the highest peak of Turkey, 5237m. You can read my first experience in Ararat in the other blog: https://utalaya.com/2020/08/13/ararat-a-rare-experience/.

Day to day details on the expedition: 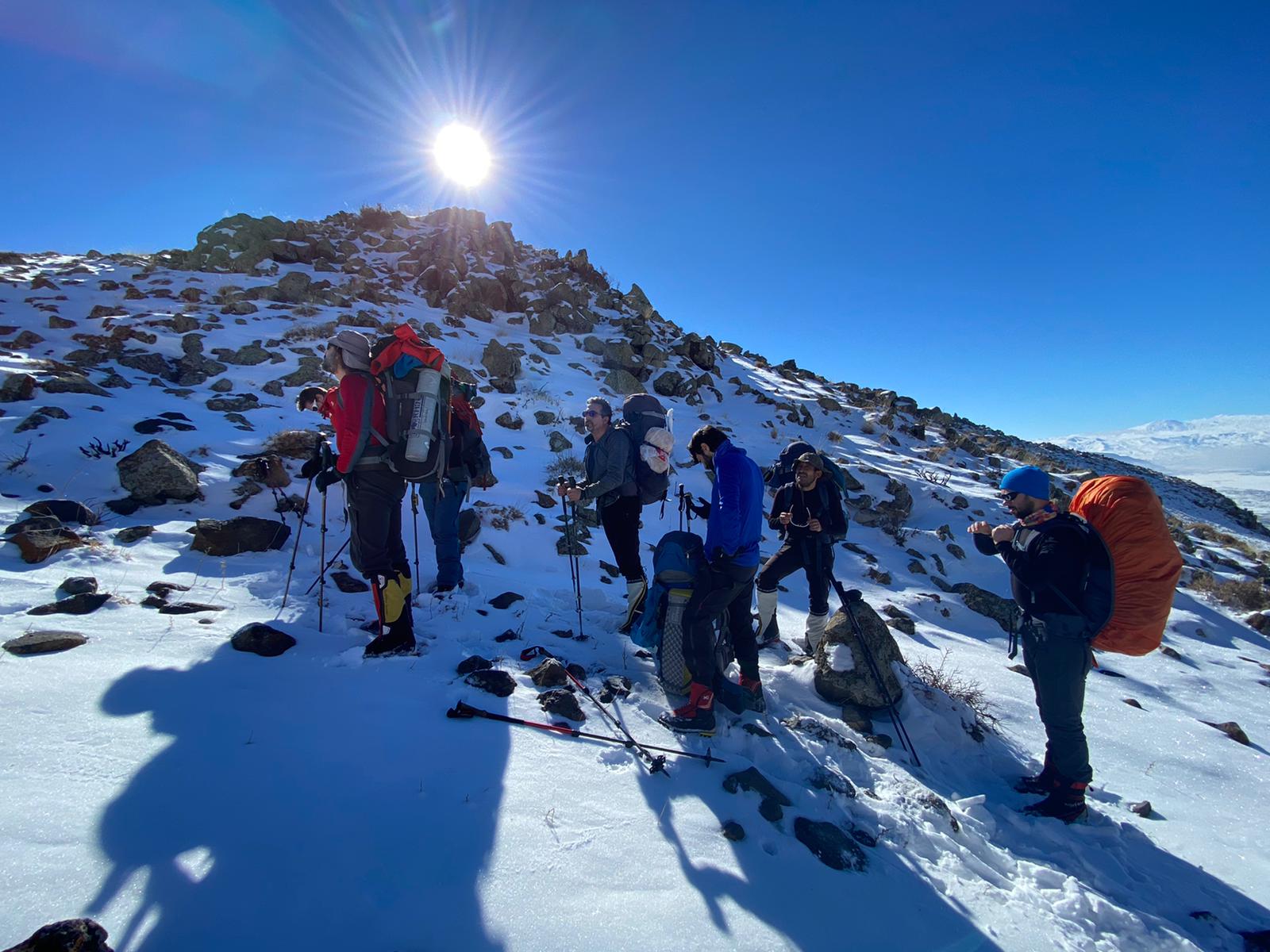 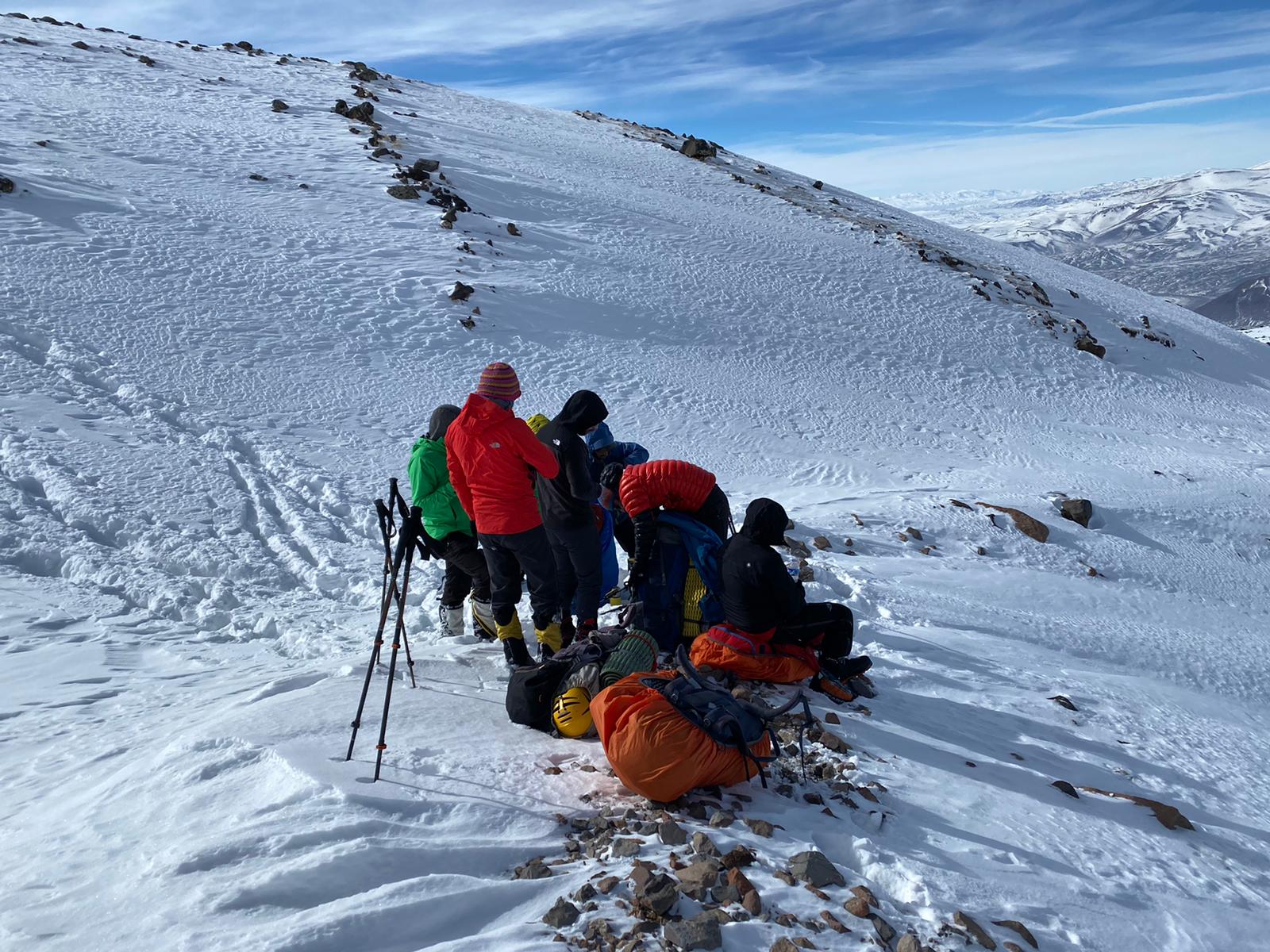 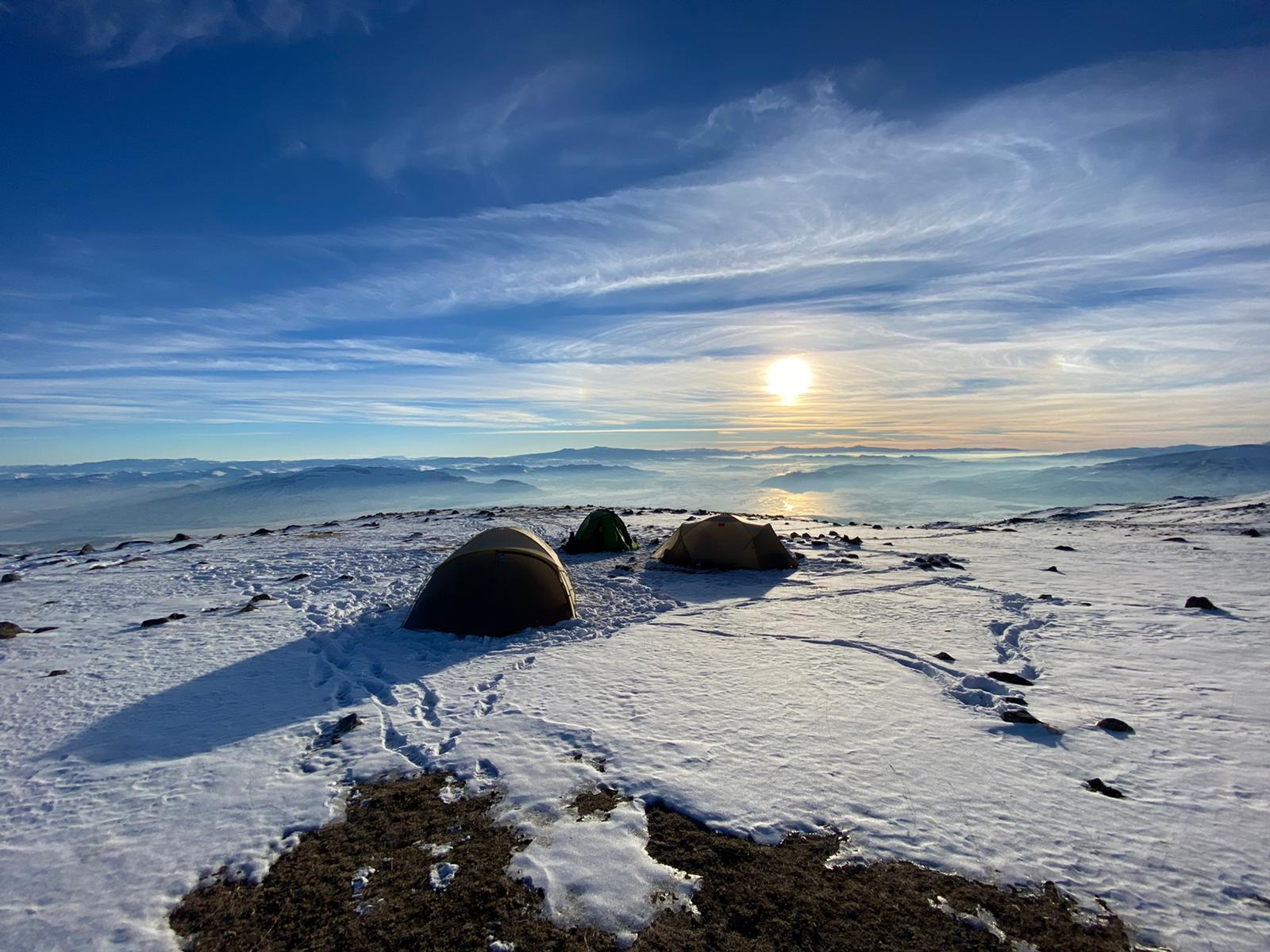 Day 4: The obligative day off or break was spent mainly inside the tent. The wind reach exceeded 80km, it was very snowy and extremely cold. 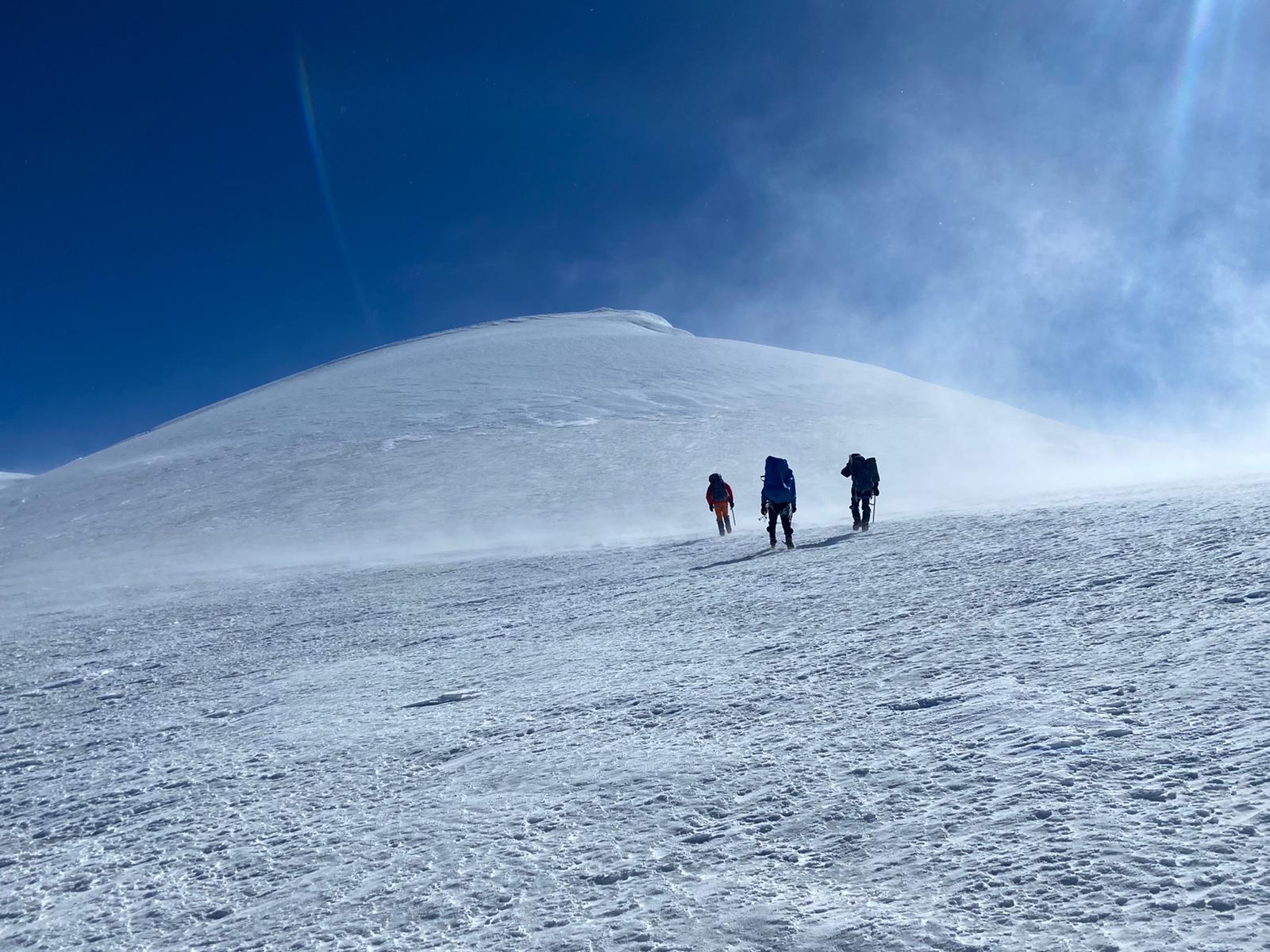 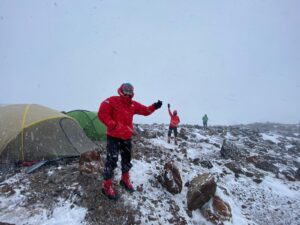 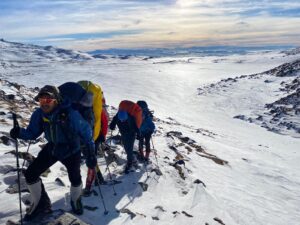 Early in the morning, before the sunrise, the sky had been painted into this beautiful nuance of blue. This motivated us to start packing even though most of our clothes were already frozen. The summit window was very short. From the information we had regarding weather, we knew that the second part of the day would consist of stronger winds. Most of the climbing was done on ice, a very strongly attached ice, mainly around slopy and less sloppy parts.

The expedition was challenging enough, mainly because of our really heavy backpacks and the crazy wind. But the sun followed us like a faithful friend making it much easier and more motivational.

At some point at the summit, the wind was going to take us away with its power.  But we held on, and here we are. 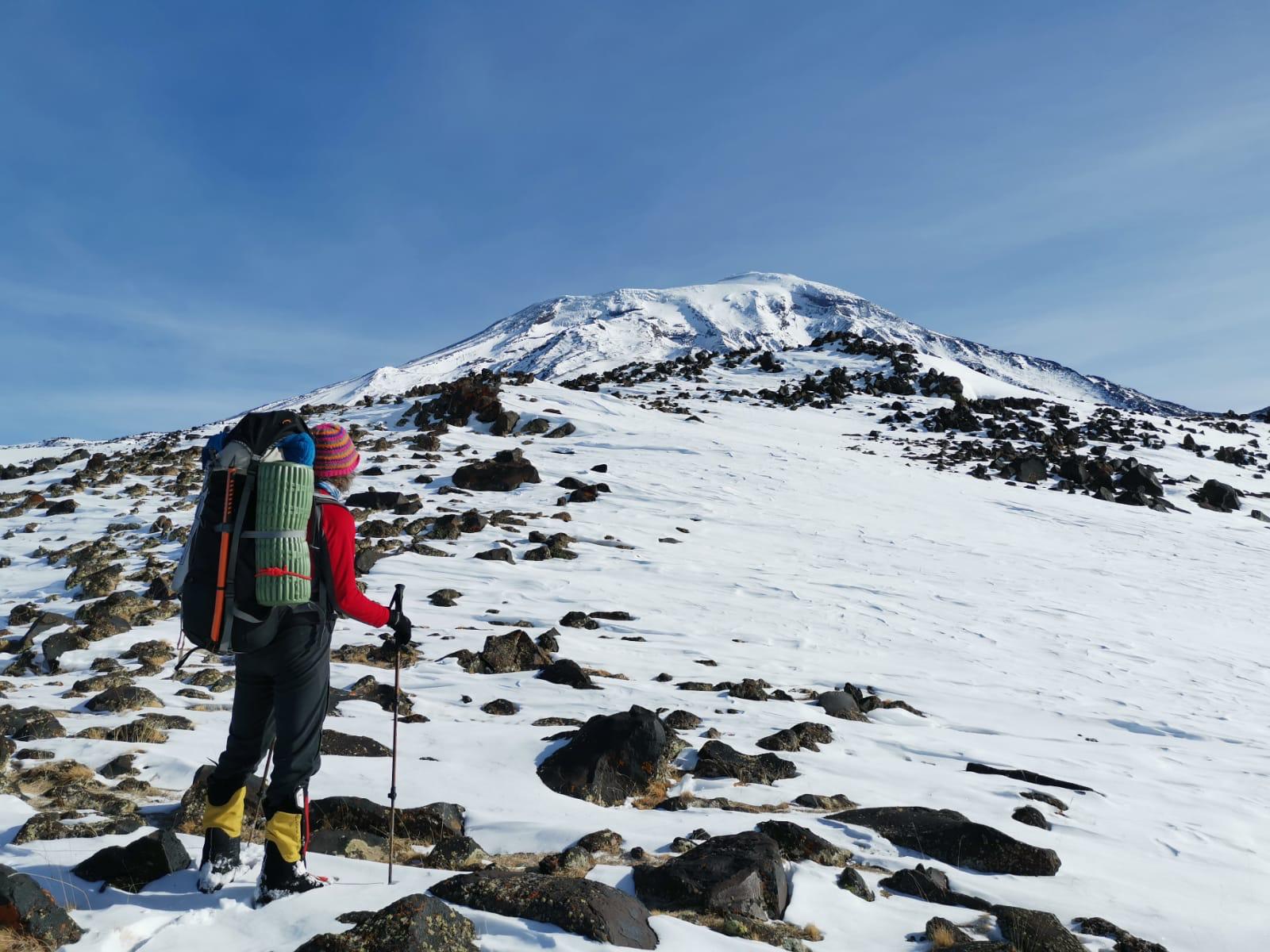 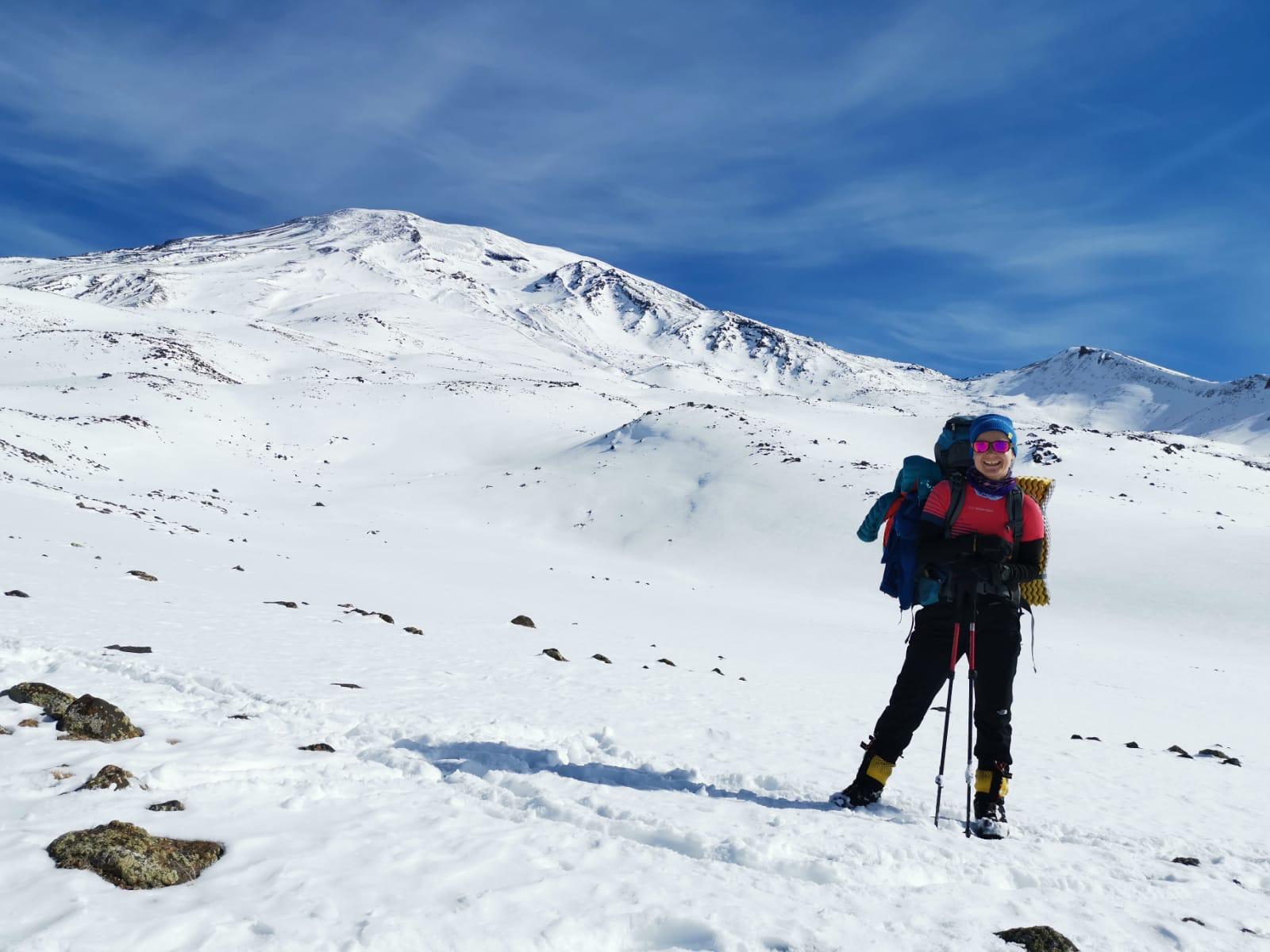 The returning adventure began from the Southern Face. It wasn’t safe at all, because lots of parts had been invaded by massive ice and snow pieces making it really hard to move on. It didn’t feel like walking but rather an inhibition to keep safe from the wind and slippery slopes. The same day we made it to Base Camp in the southern face.

Highlights of the Expedition 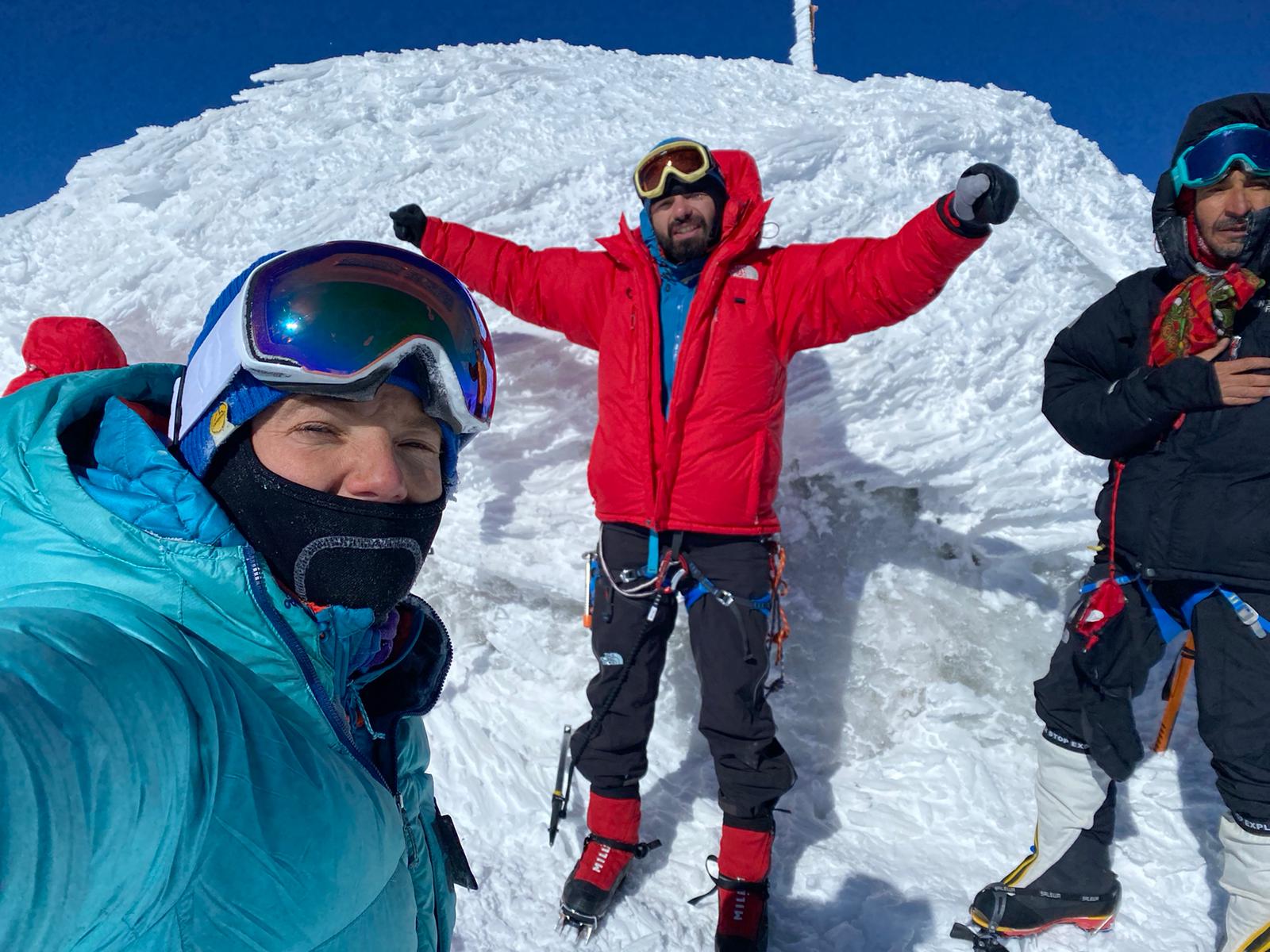 Ararat is a great mountain, and there are many alternatives to climbing it. I was very thrilled to have been able to climb it for 6 days through all of the faces: south, north, and west. Only the east remained untouched.

We were all overloaded with weight because we needed all the equipment and totally made use of climbing gear: rope, winter clothes, snowshoes and lots of food because as I mentioned earlier, the weather was unbelievably cold which made the climbing quite difficult.

But every challenge was overcome because of the fact that there was so much teamwork, strategic moves, and deep compassion among the team.

The whole squad was there, led by my friend that I can easily call my brother from now on, Adem Gul, and others: Osman, Guner, Rashit, Berkan, Cemal, all of the amazing people and professional climbers. I’m so happy that this expedition united all of us, and we are ready for our next one in the majestic Himalayas.