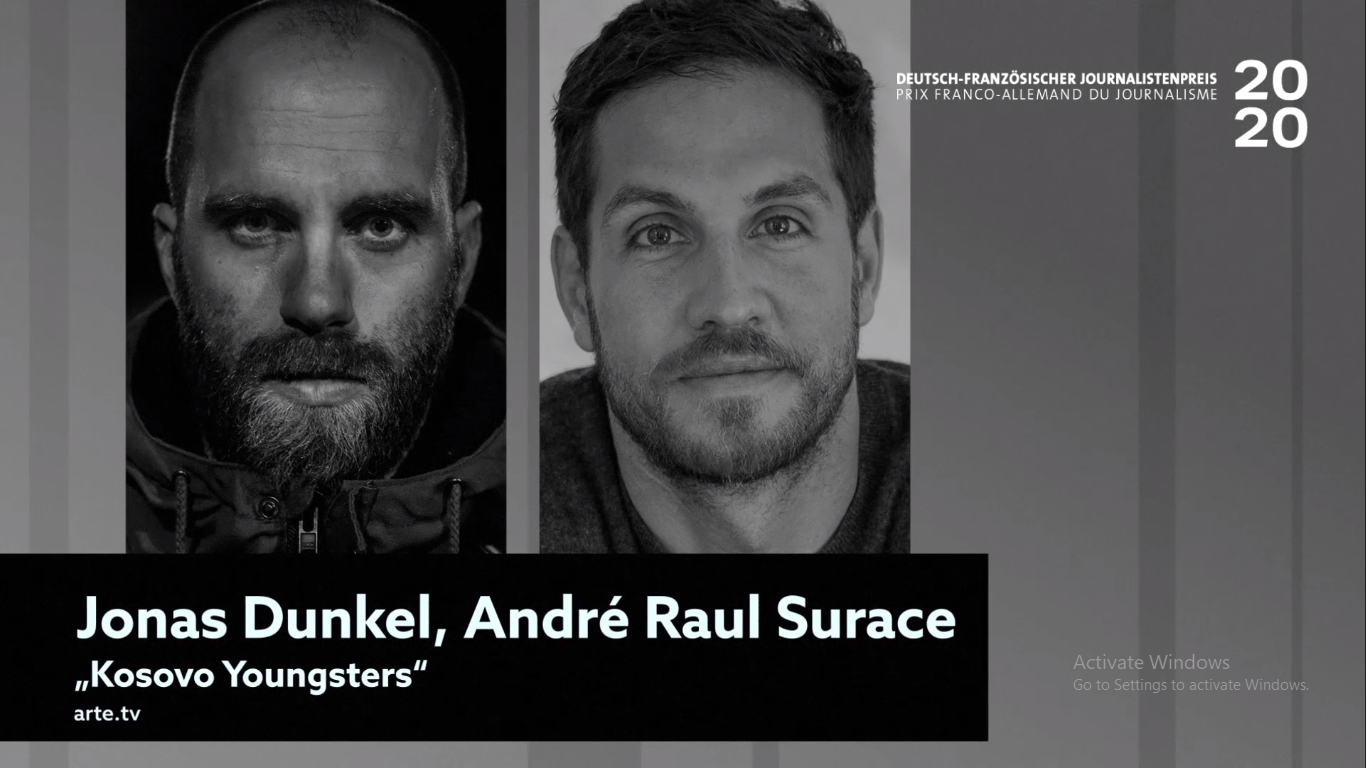 By Uta IbrahimiJuly 11, 2020December 28th, 2020No Comments
I want to share my gratitude to Jonas Dunkel who is a journalist for the European cultural broadcaster ARTE based in Strasbourg and photographer André Raul Surace for realizing “Kosovo Youngsters” project, which surfaces the great potential and opportunity that Kosova and their youngsters offer.
Amongst an amazing selection of participants, I was invited to share my story of success for a series of reports for ARTE. And guess what? – “Kosovo Youngsters” made it to the TOP 5 nominations by the Franco-German Journalism Prize (FGJP) in the “Multimedia” Category.
The Franco-German Journalism Award Ceremony serves to distinguish authors or editorial teams whose work has contributed to a better understanding of Franco-German and European relations in a unique manner over the past twelve months. This year the ceremony was held virtually, as a result of the Covid-19 pandemic.
In these reportage series, photographer André Raul Surace travels around Kosova to track down the spirit of the new generation between hope and standstill. The result is twelve portraits of young people who are committed to the future of the young country in different ways.
Through the unique portraits and activities of these 12 youngsters all aged under 35, the attention of an international audience is caught, and the potential of this country’s biggest resource- youth, is documented.
Europeans get to see where Kosova stands after 20 years of war and what this country is capable of doing. “Kosovo Youngsters” accurately describes the injustice that the Kosovan youth faces, as the story is narrated by those who have decided to confront the problem and do something about it.
They managed to thrive and fulfill their dreams but also serve as an inspiration to the rest of the population, and entertain the thought of taking certain action for building a better future for all.