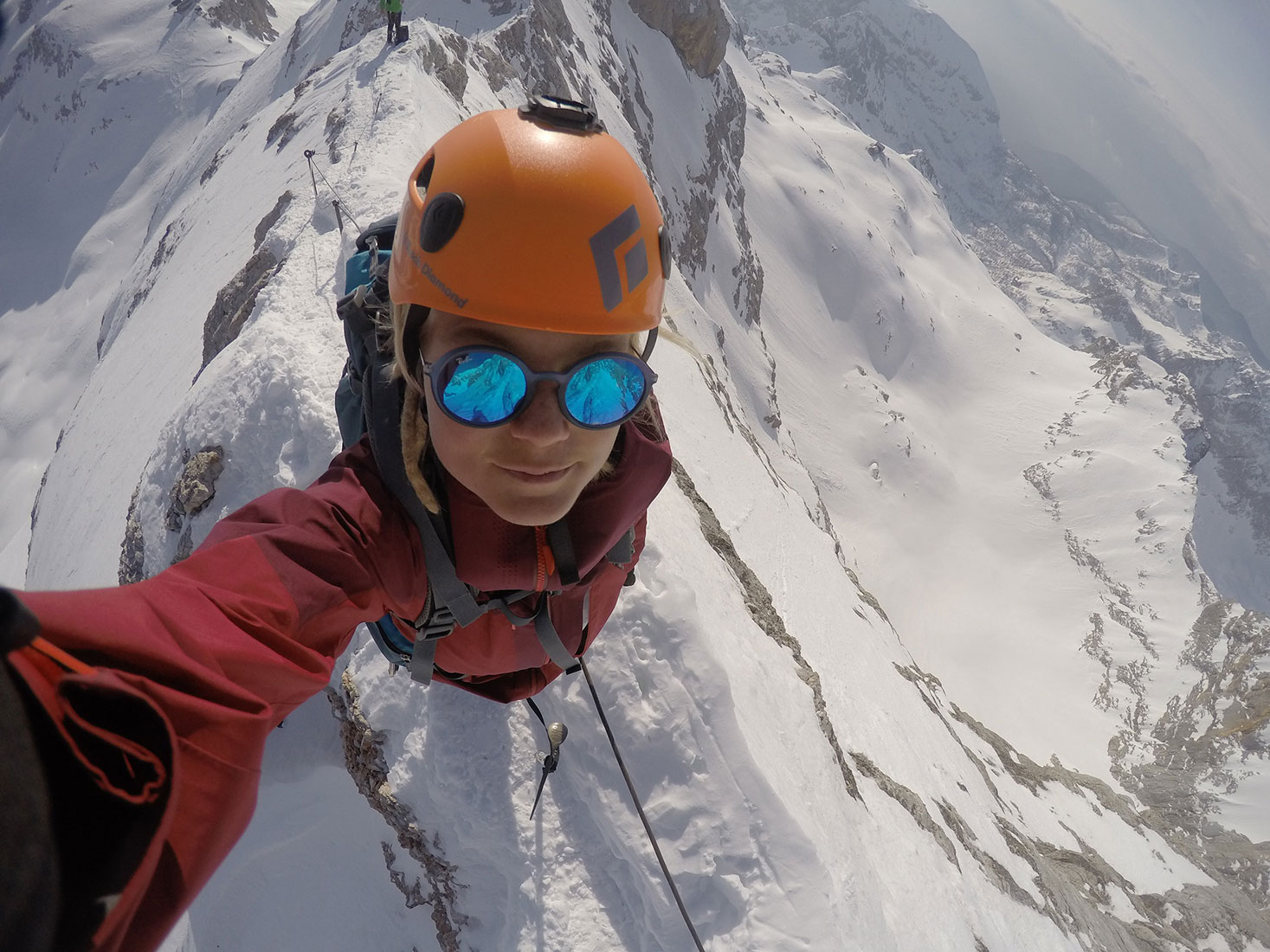 The highest peak of Slovenia / March 2016

We started our expedition to Triglav from Slovenia on a classic route, the Krma Valley, one of the longest valleys in Triglav. The route goes through Kradarica Mountain Hut, which sits at an elevation of 2,553 meters.
Triglav in winter is great for skiers, but not really great for hikers.

This was my second time climbing this mountain and even though I felt quite confident, the conditions proved it to be quite difficult. We started very early in the morning from the village of Mojstrana and headed south to enter Triglav National Park. It took us around 10-12 hours to reach Kredarica, where we spent one night. The starting point of this route is around 900 meters elevation and the accent to the summit is around 1600 meters. During the winter, this trail is normally full of snow and many skiers enjoy this mountain.

We spent the night on Kredarica Mountain Hut and started our climb to the top very early the next day. The weather was beautiful. The trails were full of snow and ice, and some parts were quite dangerous considering we were climbing without rope. The viaferrata (protected climbing route) was also covered with snow completely.

Around 11 o’clock we managed to reach the top of Triglav Peak and have a chance to see the beautiful surroundings. On the summit, there is a metal flag on top of the AljazevStolp pillar, which shows the year it was built. It was erected by JakobAljaz, a priest from Dovje village in the Sava river valley, who was provoked by the forceful ‘germanization’ of Triglav and Slovenian part of Julian Alps. Today it is a protected national historical monument. 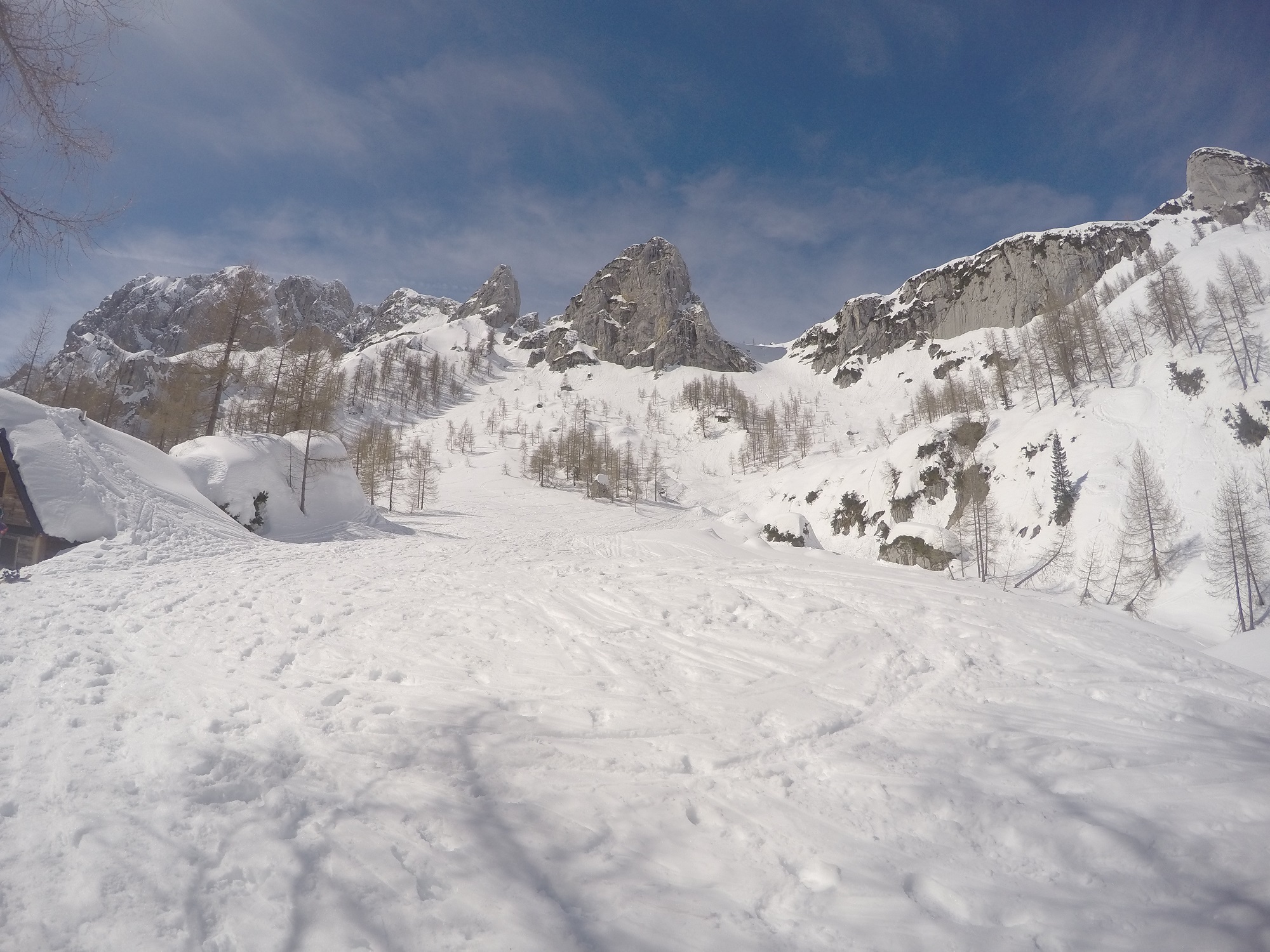 On the way to Triglav

Triglav (2864m) is the highest peak of the Julian Alps and Slovenia. In Slovenia, people would say that it is the obligation of every Slovenian to climb Triglav at least once, and you aren’t officially “Slovenian” until you do so. 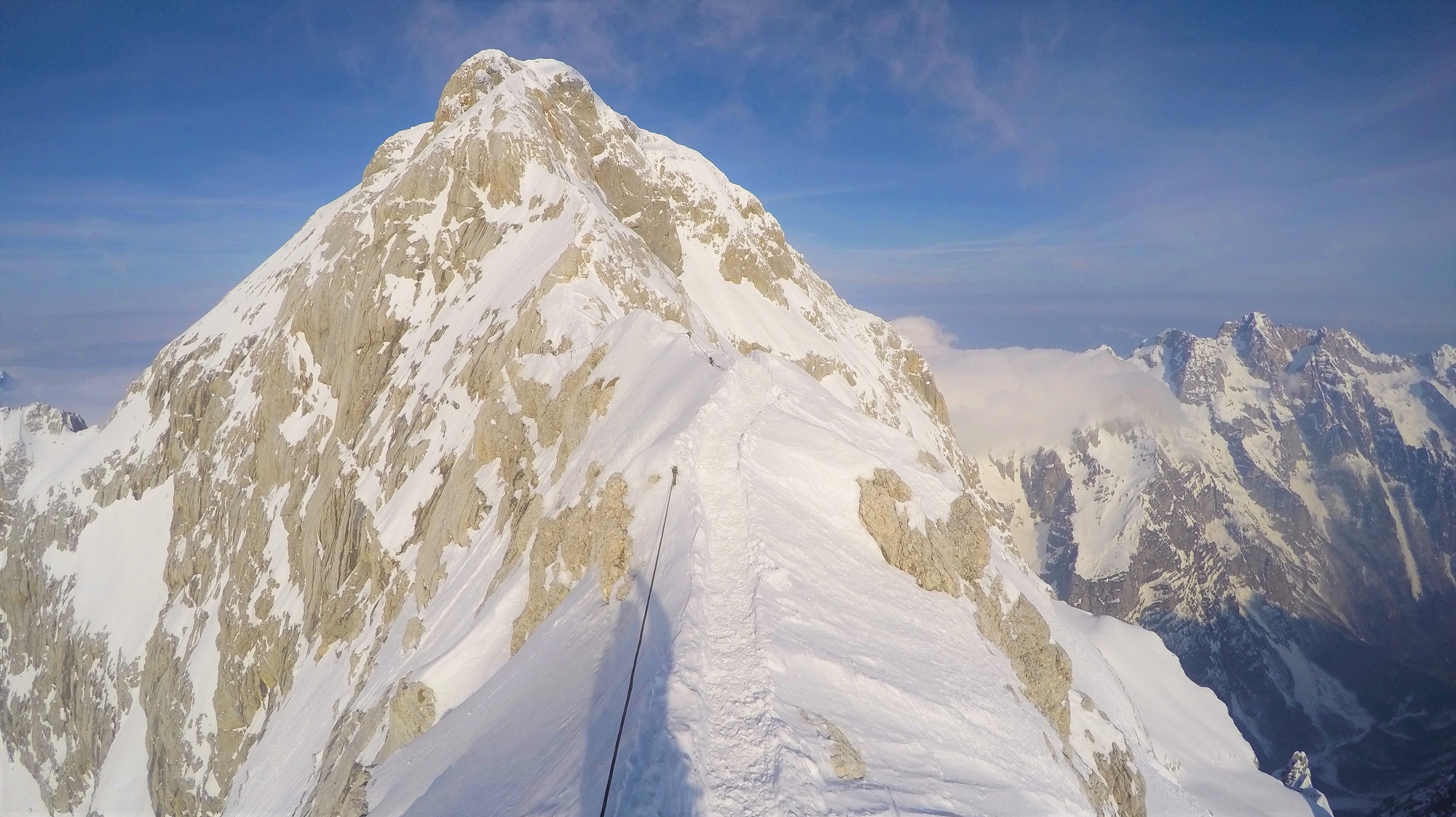 Almost to the TOP 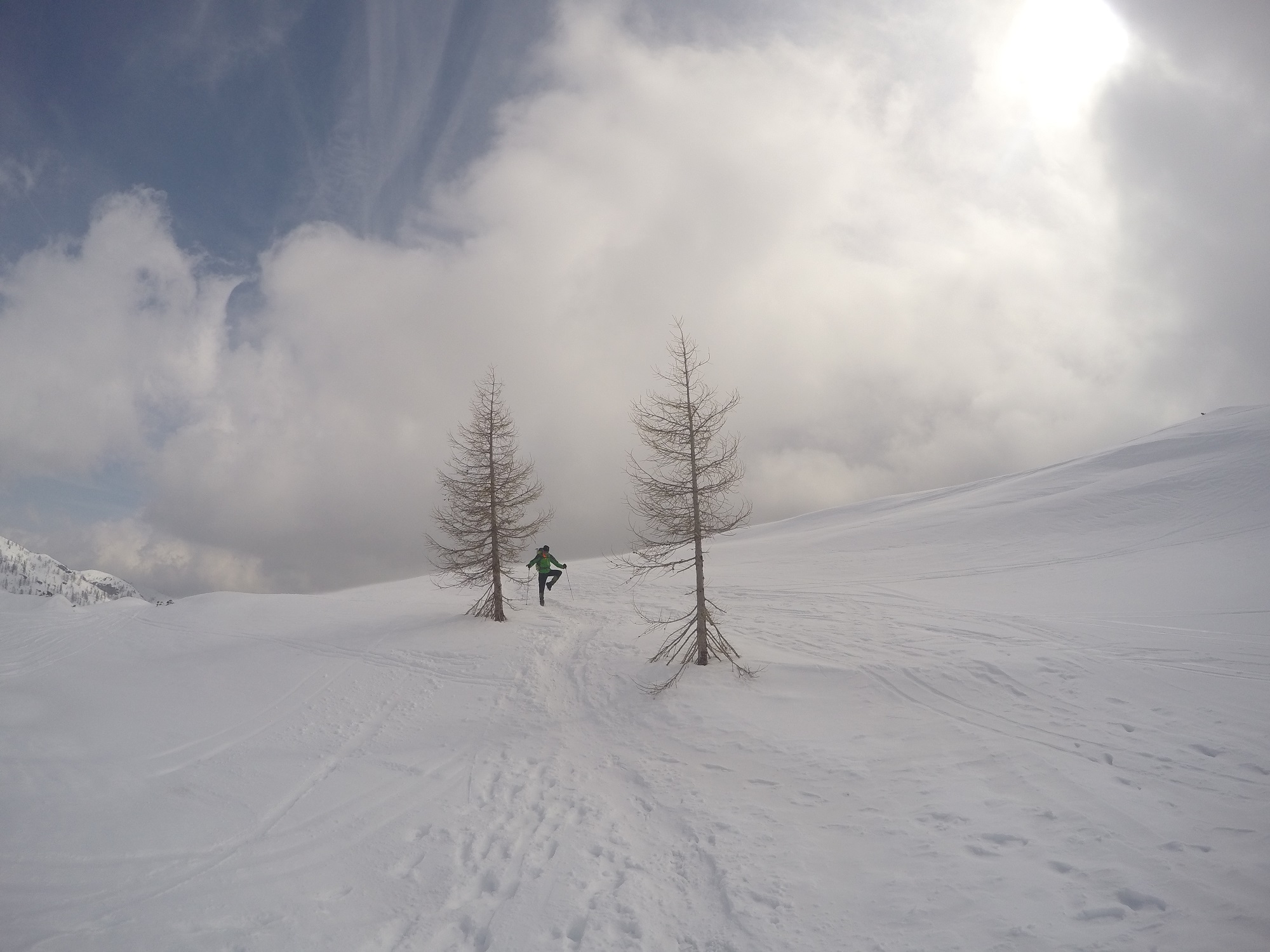 Yoga in the snow

Although I am Albanian and not Slovenian, I felt pride and unity in my brothers and sisters of Former Yugoslavia. At this point standing atop the highest mountain in the region, my gaze scanning the vast snowy horizon, I felt that there are no borders in the mountains, just people and nature living and enjoying this beautiful earth in harmony together.