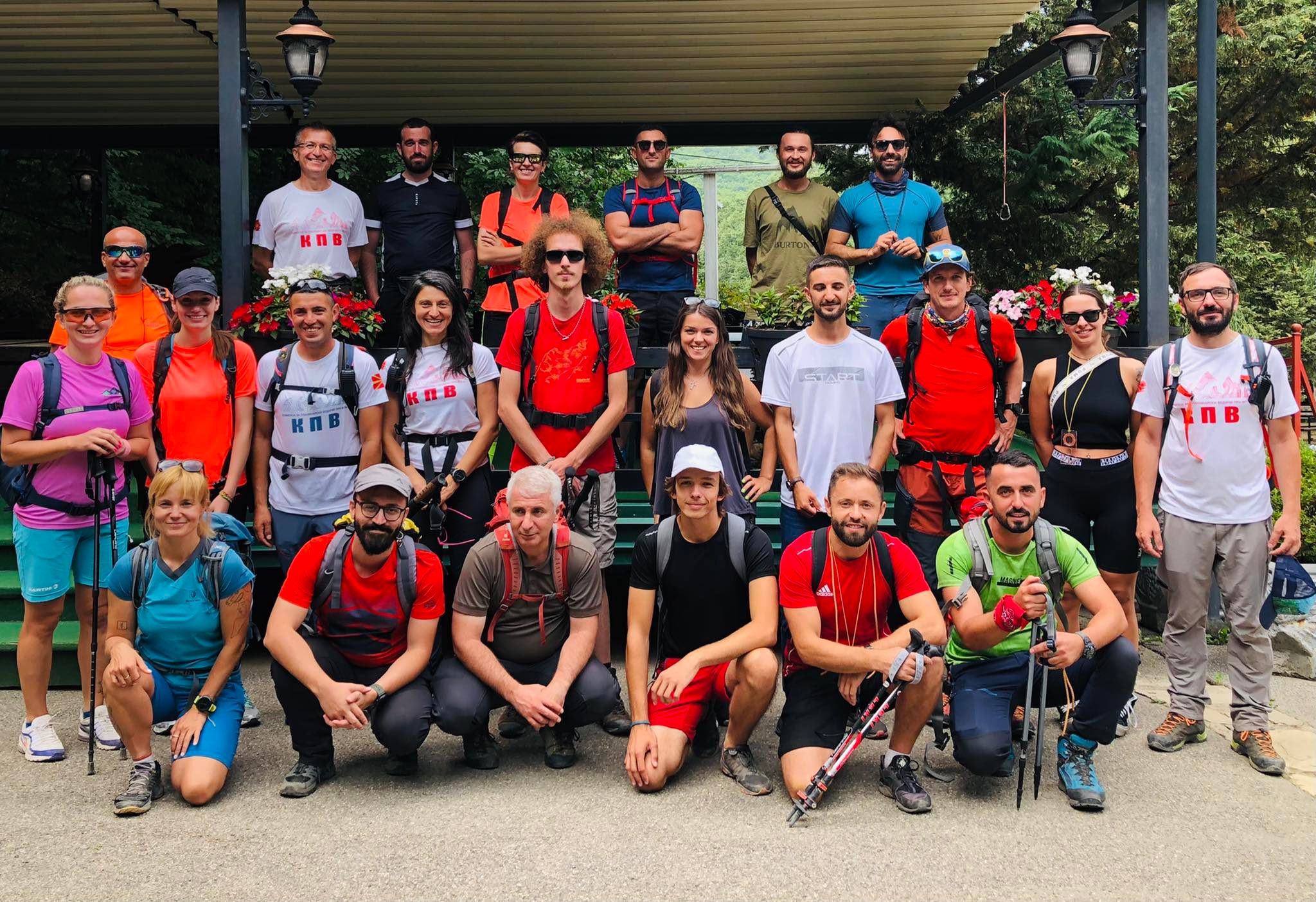 Thirteen Kosova Mountain Guides are certified according to UIAA standards

For the first time in Kosova, (numri) mountaineers attended a specially developed training program, made possible by the UTALAYA Foundation, as part of the project “NaturKosovo – the natural and cultural capital in Kosovo and the sustainable tourist development of the Via Dinarica”. This training for Mountain Guides, with activities, sessions, practices, and lectures by professionals in the field, is part of the certification program for easy trails in summer conditions, Category A1 according to the standards of the International Climbing and Mountaineering Federation (UIAA).

The training was divided into two phases: In the first phase of the training program, the candidates attended lectures by experts in the relevant fields on the topics: Personal and technical equipment, mountain guide psychology, environmental protection, biodiversity, moral and legal responsibility, orientation with compass and maps – in theory and practice, orienteering with GPS devices and mobile applications in theory and practice and practicing knots. In the framework of the second phase, which is also the main part of the training program, the candidates attended the lectures and the practical part in Reke of Allaga in Rugova, in the Kosovar part of Via Dinarica. The intensive program was developed for six consecutive days and each day began with morning exercises in the beautiful nature of the Rugova mountains. Further, candidates in groups worked on orientation with compass and map, orientation with GPS and mobile application, personal and technical equipment, nodes and radio communication. For orientation at night, the candidates divided into groups, challenged each other in the race to find points and reach the finish line as soon as possible. 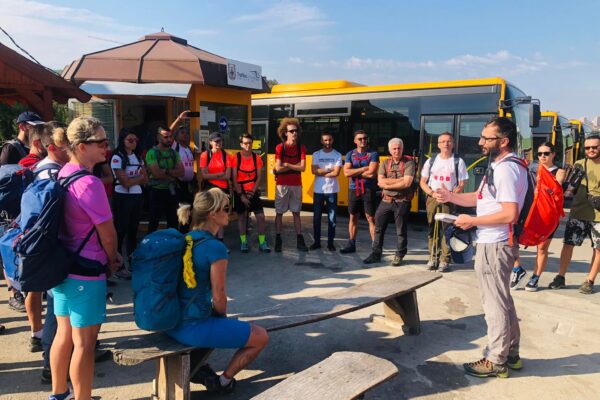 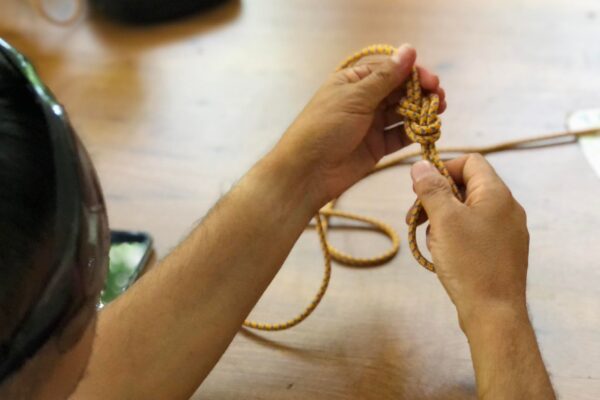 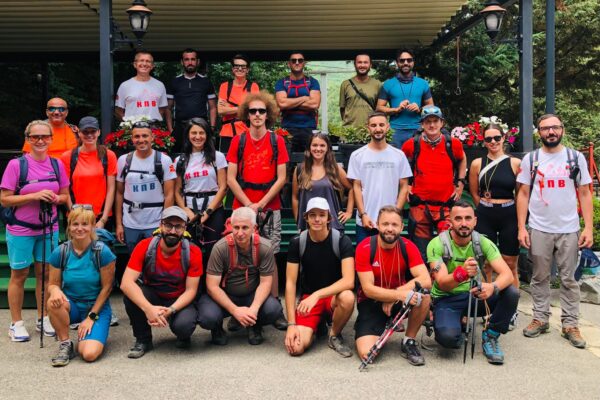 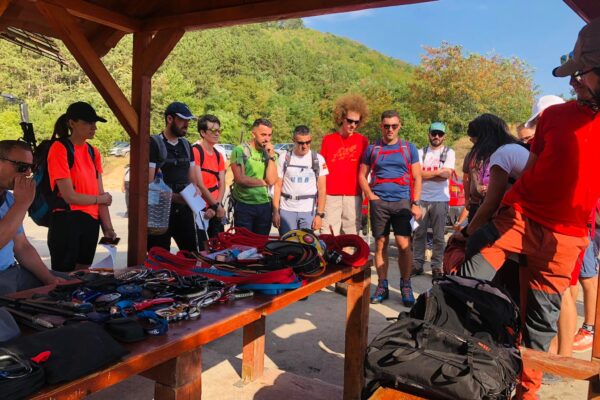 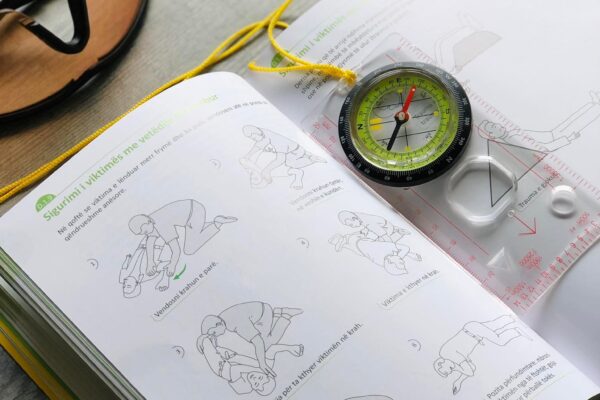 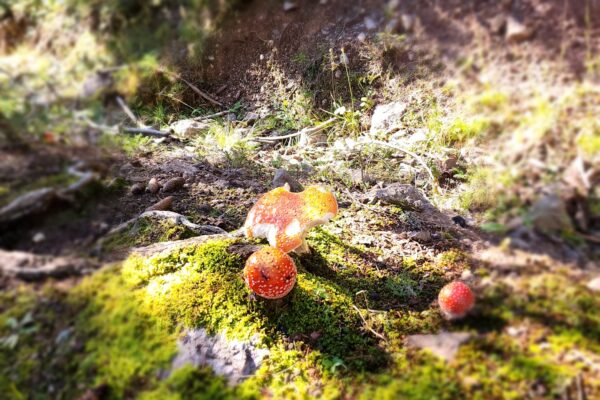 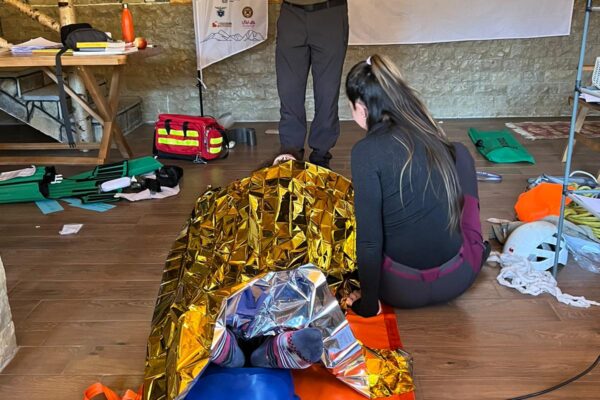 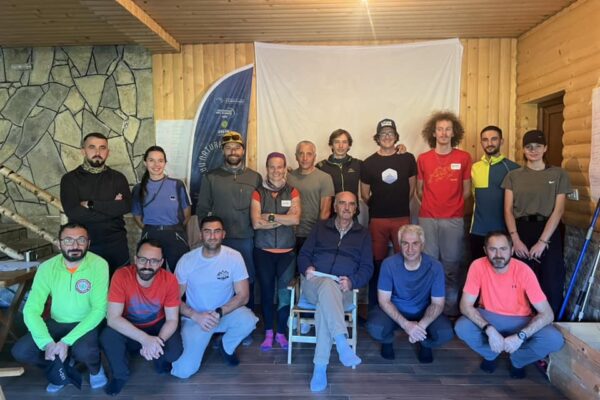 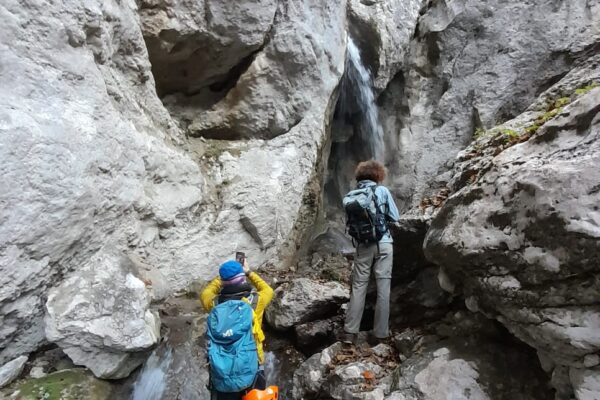 Thirteen participants attended the lecture on mountain dangers and rescue as well as first aid led by Besart Ejupi from the Kosovo Security Force. They were also informed about the psychology of mountain climbing by Ilinka Ristevska. Part of the training program was also Mr. Skënder Sina, who shared with the candidates his experience in mountaineering, about the history of mountaineering in Kosova and the marking of trails. Throughout the training days, the program continued with movement and orientation techniques – safety lines, rope descent and bivouac with instructors Nikola Petrov, Ilinka Risteska, Kadir Bajrami, Vlatko Grozdanovski, Ivan Kiseloski, Metodi Chilimanov and Aleksandar Stojanovski.

Uta Ibrahimi shared her experience in climbing at high altitudes: On preparations, challenges and experiences in expeditions. Also, they followed the presentation on meteorology by Mendim Rugova and learned about trail marking and worked in groups to plan a route using a map and compass.

The training was held by the Mountaineering Federation of North Macedonia in cooperation with lecturers from Kosova. Candidates have taken the written exam and are certified for completing 88 hours of theory and practice in the program for easy trails in summer conditions, Category A1 according to UIAA standards. 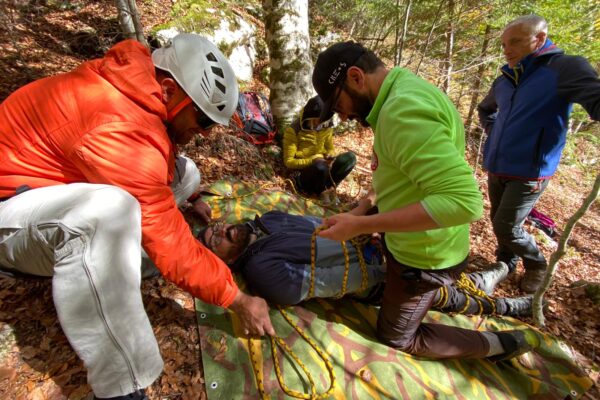 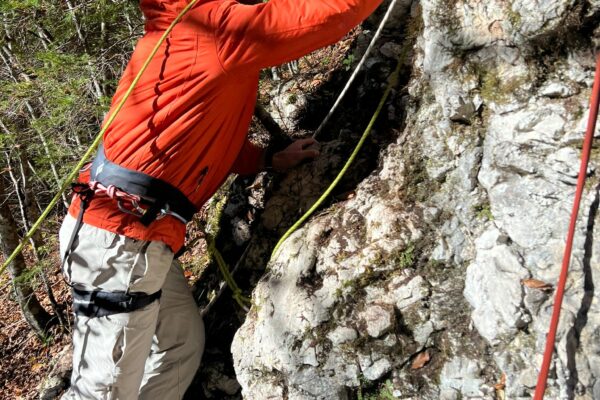 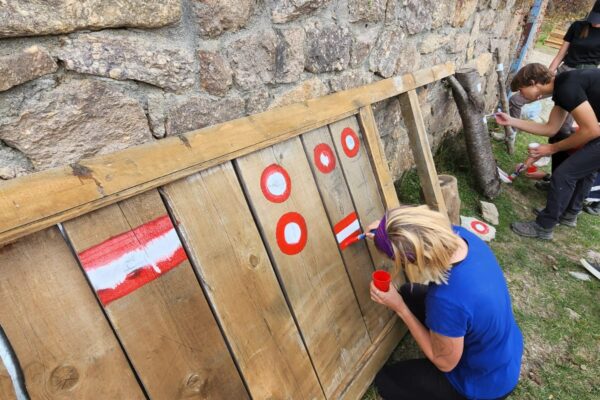 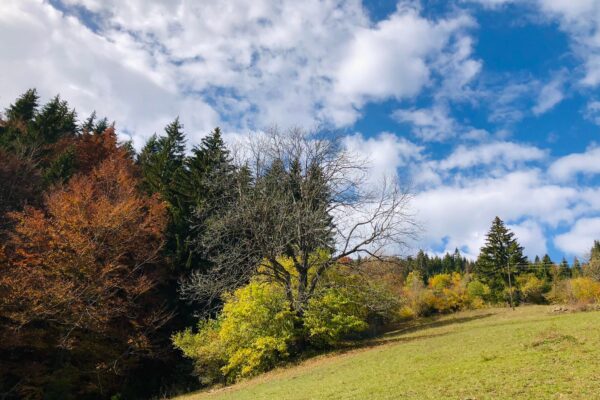 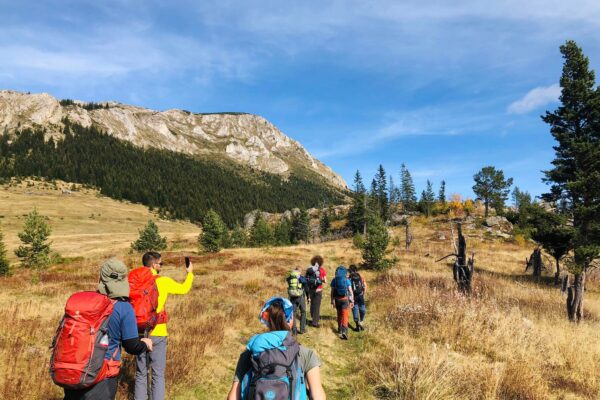 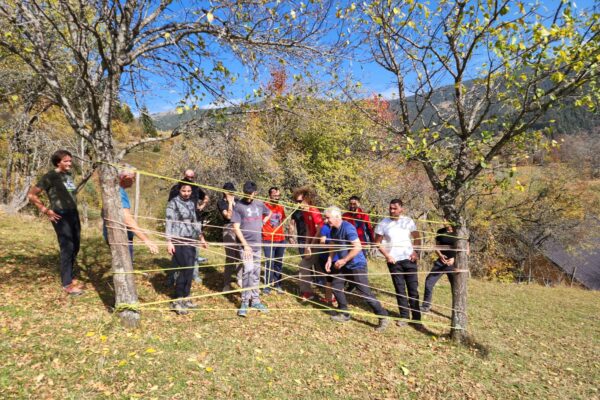 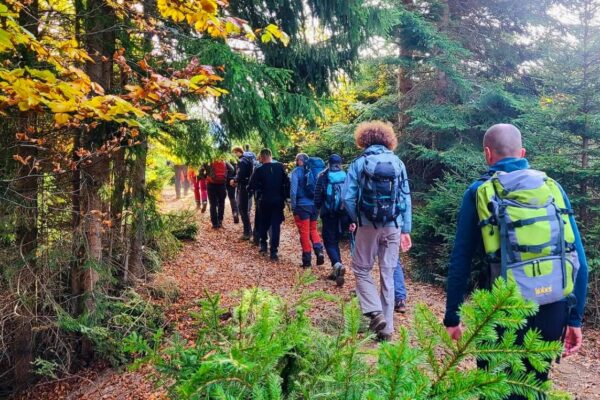 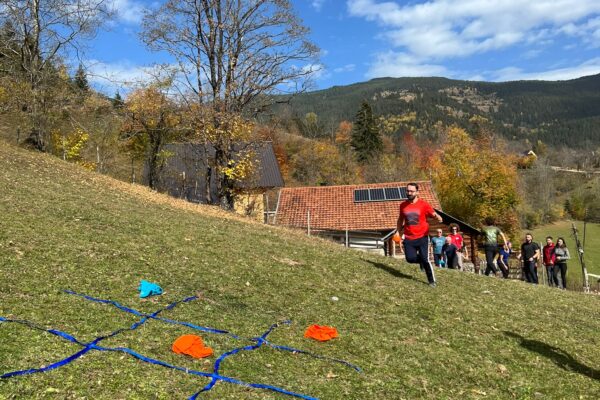 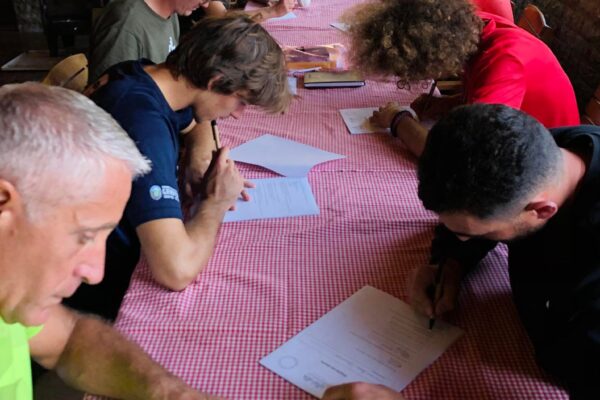 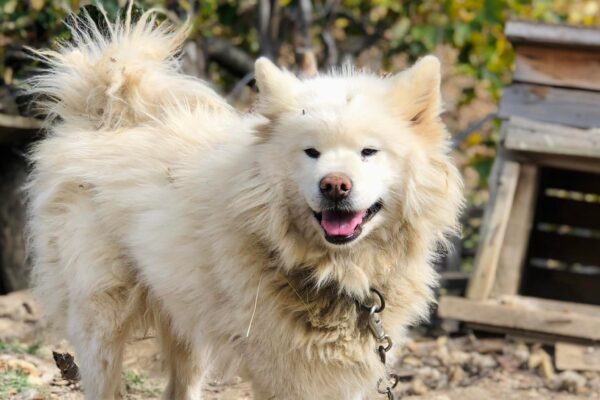 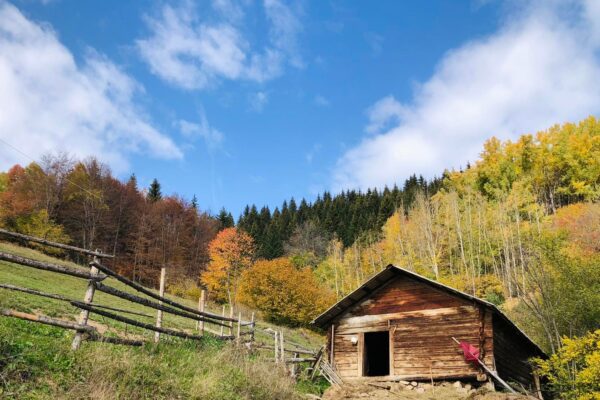 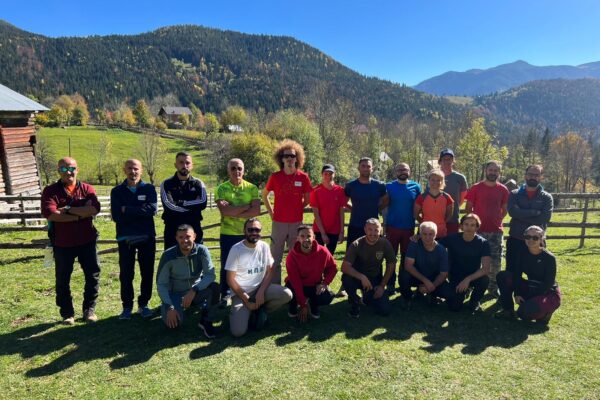 The project “NaturKosovo – the natural and cultural capital in Kosovo and the sustainable tourist development of the Via Dinarica” ​​is financed by the Italian Agency for Development Cooperation, in cooperation with the Italian Embassy in Pristina. The project is implemented by a group of Italian and Kosovar organizations consisting of the NGOs “Volontari nel Mondo RTM” and “CELIM”, with the technical support of the UTALAYA Foundation, the Italian Alpine Club, the Italian National Alpine Rescue and Speleology Corps and the Italian Association for Tourism Responsible.